We’re still in the midst of the telecom / cable industry market disruption. Another estimated 1M people cut the cord last quarter and the majority of households did away with their landline. 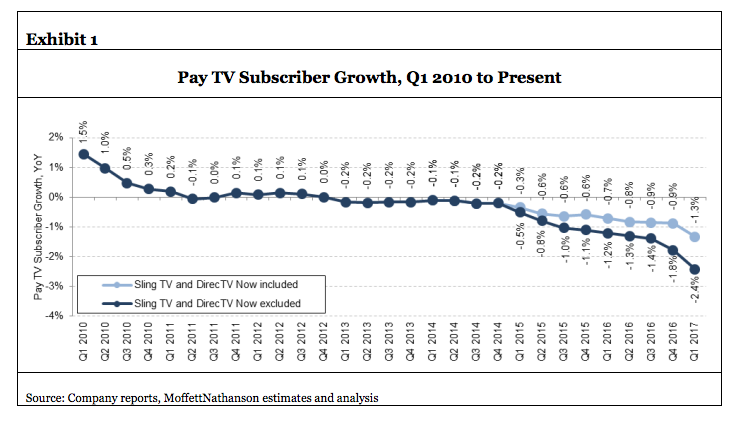 “History shows a typical progression of information technologies, from somebody’s hobby to somebody’s industry; from jury-rigged contraption to slick production marvel; from a freely accessible channel to one strictly controlled by a single corporation or cartel — from open to closed system.” — Tim Wu

Perfect example of using blockchain – especially given the idea that the car could be the wallet (instead of a mobile app).

Simply building a brain like system will not lead to consciousness and artificial intelligence does not have to be human-like brain to be considered intelligent.

A Theory of Consciousness Can Help Build a Theory of Everything

Foremost among those theories is Integrated Information Theory, developed by neuroscientist Giulio Tononi at the University of Wisconsin-Madison. It models a conscious system, be it brain, bot, or Borg, as a network of neurons or equivalent components. The theory says the system is conscious to the extent that its parts act together in harmony.

The myth of a superhuman AI

Human minds are societies of minds, in the words of Marvin Minsky. We run on ecosystems of thinking. We contain multiple species of cognition that do many types of thinking: deduction, induction, symbolic reasoning, emotional intelligence, spacial logic, short-term memory, and long-term memory.

When we invented artificial flying we were inspired by biological modes of flying, primarily flapping wings. But the flying we invented — propellers bolted to a wide fixed wing — was a new mode of flying unknown in our biological world. It is alien flying. Similarly, we will invent whole new modes of thinking that do not exist in nature.