On April 30th, 2014 the HD Earth Viewing System was installed on the ISS. It consists of four cameras pointed at the earth. The goal of the experiment is to test the longevity of off-the-shelf commercial video cameras in space. The views are absolutely breathtaking.

When I came across it back, I was absolutely mesmerized and wanted to have the live stream at home. The video stream was available through ustream and I had a spare iPad to run it on. Unfortunately the ustream app on IOS was never reliable enough to keep the stream playing for more than half a day or so. Eventually I gave up on it.

Earlier this year, the stream became also available on YouTube (see above). YouTube is a lot better at keeping the stream going. It can run for weeks without me having to restart it. Clearly YouTube’s engineers have done a great job on this.

I could finally build a setup to see the live stream all the time. I bought a 1st gen iPad Pro 13″ on eBay – they’re surprisingly affordable – and a AmazonBasics tablet stand. 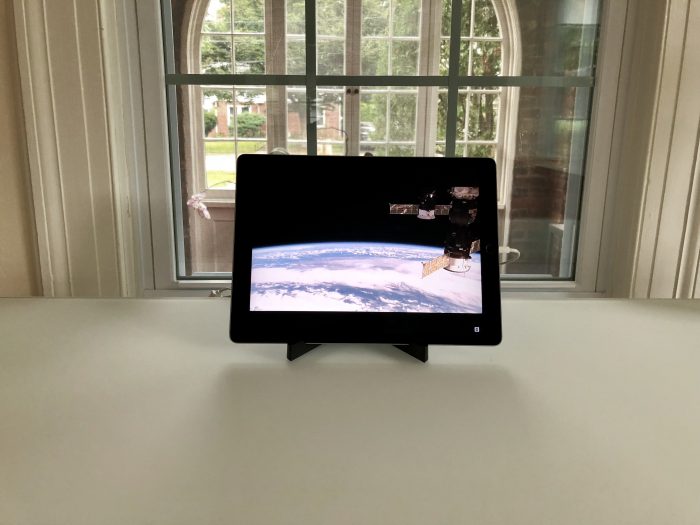 It’s a daily reminder that we live on this beautiful planet and there’s a whole universe still out there to explore. It’s both inspirational and humbling to see the earth slowly pass by.

The other day, I was watching The Orville on Hulu – great show. You could describe it as a funny Sta…

The Netherlands is a tiny country with only 17 million people. Most people in the US would not even …

One of my favorite holidays

I wish everyone out there a happy thanksgiving. I am thankful I have a great partner in life, my tw…