We all know the examples in movies and TV shows, where they take a low resolution photo or video footage and then use some magical software to uncover tiny hidden details. Here’s an example from CSI:

But is there are some truth to that? Here’s a great post from Geoffrey Litt where he explores using Generative adversarial network (GAN) to enhance low resolution photos. The results are pretty impressive: 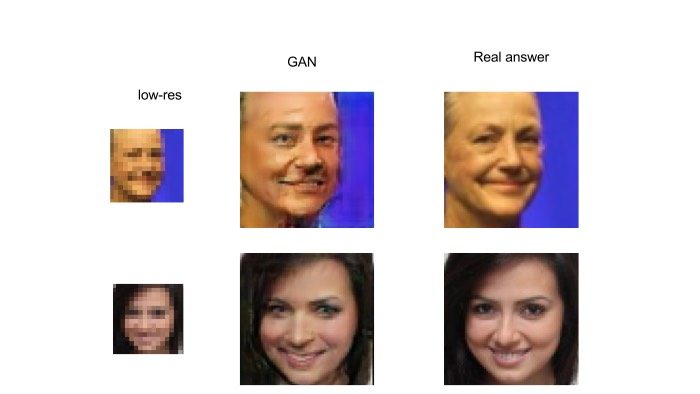 Of course, you can turn a horse into a zebra:

Funny, but makes an interesting point. It is the start of deep fakes.

Topaz Labs turned a similar neural network into a commercial product called AI Gigapixel. CaptRobau used to turn a couple of scenes from Star Trek: Deep Space 9 from SD to HD and 4K:

I watched this on my TV and it is really good! Especially, considering this is a side project without millions of dollars of funding, the results are impressive. I can see this technology maturing in the next years. There is plenty of great movies and TV which can benefit from a remaster to bring it to the 21st century. Star Trek is on top of my list.

This is what I always wanted

Last year, I fell in love with LG’s rollable TV prototype they brought to CES and this year they wer…

Displays are the next big shift in tech

After a successful Kickstarter campaign in July, Looking Glass has started shipping their 3D displa…

It has been a while since I posted on some fascinating urbex topic. For this one, we go to a quarry …