How to Resolve Fights over Reclining Airplane Seats: Use Behavioral Economics

Recliners wanted on average $41 to refrain from reclining, while reclinees were willing to pay only $18 on average. Only about 21 percent of the time would ownership of the 4 inches change hands.

When we flipped the default—that is, when we made the rule that people did not have an automatic right to recline, but would have to negotiate to get it—then people’s values suddenly reversed. Now, recliners were only willing to pay about $12 to recline while reclinees were unwilling to sell their knee room for less than $39.

People generally don’t like losing things that they have. When a resource is provided to them as a default—even something as trivial as a pen—people tend to be unwilling to part with it. As a consequence, the least amount of money they are willing to accept to give it up is often much greater than the amount that they would be willing to pay to purchase the same item.

Everything comes together in this single video. Robots that learn through AI by showing them a task in VR. One of the major challenges of robotics in manufacturing is the effort to program them. Here the robot just learns by example. VR is useful because it’s to manipulate the 3D scene (shadows, noise) to make the learning more effective.

No one is prepared to stop the robot onslaught. So what will we do when it arrives?

Somewhat doomsday opinion piece but interesting nonetheless about the impact of automation and robotics. For sure many jobs will go away. But we said the same thing about computers and networks. There’s one aspect the writer doesn’t mention in his article which was one the major impacts of automation by computers and that’s we got better at what we do. Not only can we perform task faster but also more rigorously with higher quality results. I would expect that not all jobs which can be taken over by robots and AI will result in an actual loss of a job itself. The job itself will change. If all else fails, we can always campaign for “Made by humans”.

The IKEA effect will create stronger bond between the user and the product. The effort that users will put into completing the product to a complete state will transform into love for that product. The subjective value will be higher in comparison to a product that hasn’t cost any effort. 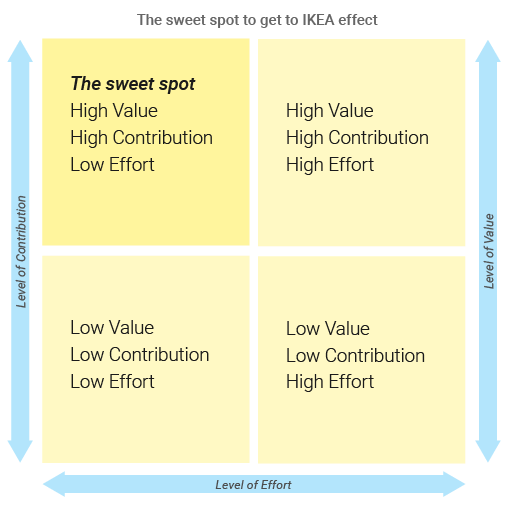 To hit the sweet spot we need to aim at creating a product where the level of effort is low but the perceived contribution is high.

MaruOS – Your phone is your PC

A good and easy to follow technical analysis of the inner workings of the WannaCrypt ransomware worm.

Why Amazon Is Eating The World

It’s the fact that each piece of Amazon is being built with a service-oriented architecture, and Amazon is using that architecture to successively turn every single piece of the company into a separate platform — and thus opening each piece to outside competition.

By carving out an operational piece of the company as a platform, they could future-proof the company against inefficiency and technological stagnation.

I could go on and on with examples. I’m on the email list for updates from AWS, Amazon Marketplace, Amazon’s Vendor program and a handful of customer-facing programs — they are systemically productizing the entire company, honing what works, fixing what doesn’t and killing off everything else.

‘The Internet Is Broken’: @ev Is Trying to Salvage It

“I thought once everybody could speak freely and exchange information and ideas, the world is automatically going to be a better place,” Mr. Williams says. “I was wrong about that.”

That kind of determination may raise the odds but says little about long-term success. The darkest theory about the failure of Medium to catch on as an influential writing site comes from Cliff Watson, a 46-year-old advertising executive and onetime Medium contributor from Omaha. He thinks it is already a relic of an earlier era, kind of like communicating by carrier pigeon or telegraph.

And yet. Medium hasn’t solved the problem of publishing on the internet, but neither has anyone else.

I recently removed my posts from Medium because I got less response or interaction from it then when it was living on a WordPress site. The problem with aggregative sites is that they quickly become polluted with noise. It’s ultimately a popularity contest. Same as Twitter or Facebook.

WannaCryWannaCry, Wcry and WannaCrypt ransomware hack attack was enormous. Reportedly there were 75,…

To Grow Faster, Hit Pause — and Ask These Questions from Stripe’s COOFirst Round puts a steady strea…