WannaCry, Wcry and WannaCrypt ransomware hack attack was enormous. Reportedly there were 75,000 computers hacked in 99 countries – all of them using unpatched versions of Windows. It shows how vulnerable the interconnected world of today can be. It reminds of the Mirai botnet DDOS attach from last year. It is essential we do better to protect our infrastructure and systems. It feels that law-enforcement today is out of their depth to effectively handle and act on these kind of incidents. Maybe time to rethink on priorities. 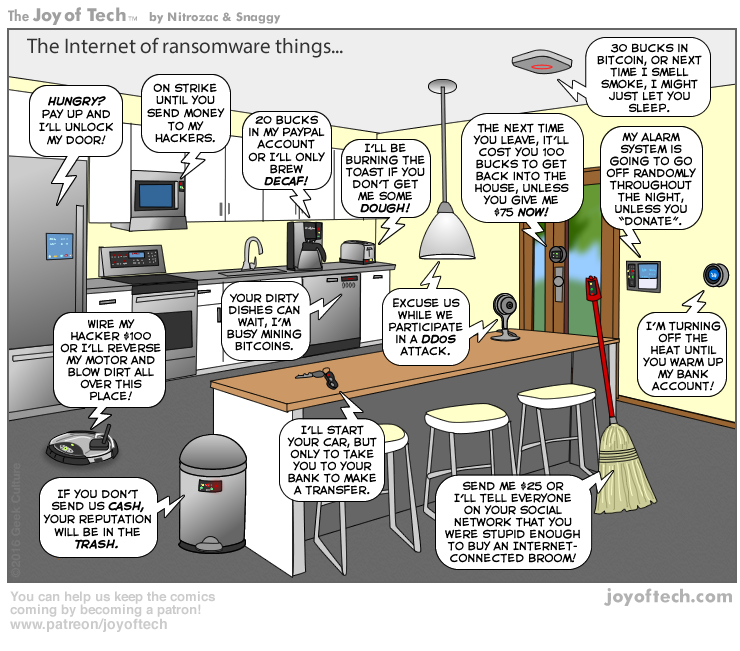 I will confess that I was unaware registering the domain would stop the malware until after i registered it, so initially it was accidental.

Faster, higher, stronger: How the digitalization of industry is redefining value creation

If new and innovative companies, such as providers of data analytics, specialized software providers or companies that can bundle complementary offerings, appear on the scene, traditional manufacturing would suddenly become just one module among many – namely manufacturing-as-a-service.

Yes! I’ve been thinking and writing about this for a long time. We’re not quite there yet but we’re getting close to a world where on-demand digital manufacturing becomes a reality. The first step is digitization of all processes involved and we’re still in the middle of that. But once that nears it completion, we can see all kinds of interesting things happening in manufacturing. There might be a world in the not so distant future where one doesn’t a need a world-class supply chain like Apple to be able to manufacture products like a Macbook or iPhone.

Why Do Gas Station Prices Constantly Change? Blame the Algorithm

Algorithms can also figure out what products are usually purchased together, allowing them to optimize the price of a whole shopping cart. If customers tend to be sensitive to milk prices, but less so to cereal prices, the software might beat a competitor’s price on milk, and make up margin on cereal.

In a pilot study, OK (ED: Danish gas station company) split 30 stations into two sets, a control group and an a2i group. The group using the software averaged 5% higher margins, according to a paper Mr. Derakhshan presented last June at an A.I. conference in Seville, Spain.

Wu and Zhang’s claim is that machine learning techniques can predict the likelihood that a person is a convicted criminal with nearly 90% accuracy using nothing but a driver’s license-style face photo.

That’s the objective of a new insurtech startup, Lapetus, which has developed facial analytics software that uses selfies to analyze body mass index, gender, and even physiological age to determine underwriting risk.

Physiognomy is a serious risk by using photos combined with machine learning to make assessments on a person. Especially without the option for human intervention, it can have significant impact in people’s life when based on machine interpretation of data they are shut out of certain service like insurance. Any machine learning or AI has a certain error-rate, but humans have built in error-correction in the form of interaction. ML does not come with error-correction.

The idea was conceptually quite simple: take a huge set of clean images, add synthetic noise, and then feed them to the learning process that aims to turn a noisy image into its clean version. While the process was tedious, frustrating, and lengthy—tweaking the method’s parameters in a search for good performance likely took a long time—the end result was a network that performed better than any known image denoising algorithm at that time.

The facts speak loudly for themselves; in most cases, deep learning-based solutions lack mathematical elegance and offer very little interpretability of the found solution or understanding of the underlying phenomena. On the positive side, however, the performance obtained is terrific.

Deep learning AI is better at solving image processing problems than scientists who are attacking the problem with math. The question becomes what the point is of continuing research in these fields. Scientists struggle with this question. Some embrace the new technology and others choose to ignore it. Image processing is just one of academic research areas which are impacted, but it is reasonable to assume that more academic fields will be impacted in similar fashion. Is AI training going to be a separate field or special field in academic research? And how are going to share trained AI-data? There’s serious effort and value going into training AI deep learning networks and they will become valuable. This could potentially spawn a whole new business with trained AI-as-a-service or sold packaged in volume.

There’s always Elon Musk doing something boring. This is a bit further along than I expected. 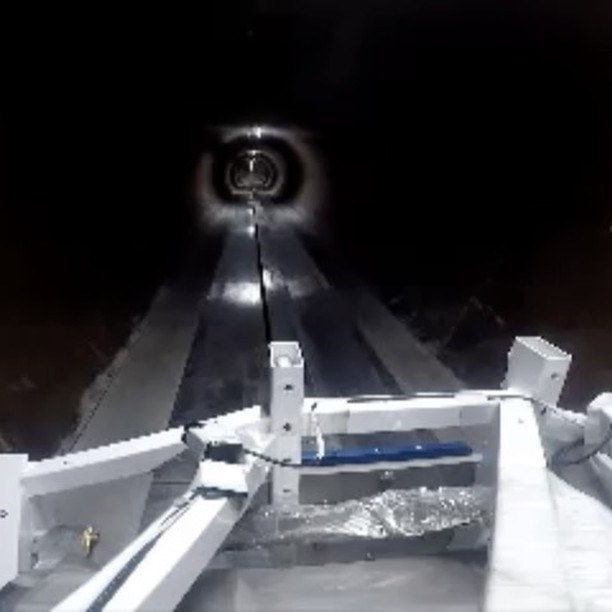 [Warning, this may cause motion sickness or seizures] This is a test run of our electric sled that would transport cars at 125 mph (200 km/h) through the tunnels, automatically switching from one tunnel to the next. Would mean Westwood to LAX in 5 mins.

When Amazon unveiled their Echo Show, my first thought was this sounds eerily similar to what Nucleus is doing. This probably a case of one arm of the company has no clue what the other arm is doing. Amazon is getting big. Amazon invested millions in the startup Nucleus — then cloned its product for the new Echo.

News apps are making a comeback. More young Americans are paying for news. 2017 is weird.”The Reuter…